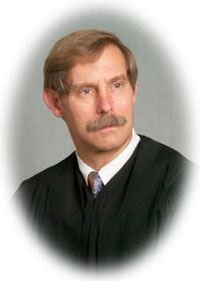 Judge Wiley graduated from Spring Hill College, in Mobile, Alabama in 1970 with a Bachelor's Degree in English and then received his Juris Doctor degree from Notre Dame University in 1973. He is currently a law professor at Lake Michigan College and the Kalamazoo Valley Community College Police Academy. He has also served as an instructor at the National College of District Attorneys.

While serving as Berrien County Prosecutor, Judge Wiley established Berrien County Drug-Free School Zones and assisted in the formation of the U.S. Department of Justice Weed and Seed Program. He also served on the Prosecuting Attorneys Association of Michigan Board of Directors and was chairman of the Drug Policy Committee. He is also a member of the Rotary Club of Benton Harbor - Sunrise.