On December 3, 1965, armed gunmen targeted the Farmers & Merchants National Bank in the Fairplain Plaza, Benton Township. As the alarm was activated at the bank, 55-year old Berrien County Deputy Elton Stover and Deputy Gary Mitchell responded. Once they arrived and entered the building, it was very apparent that it was more than just a routine alarm. In an array of gunfire, one bullet struck Mitchell. Stover was hit next with two bullets while he lay on the bank floor. One bullet smashed through Stover's arm into the chest and abdominal cavity, creating a compound fracture of the arm and major internal injuries. The other bullet shattered his thighbone in the right leg, severed the femoral artery and exited behind the knee. With both men still alive, they were rushed to Mercy Hospital in Benton Harbor, where surgery appeared successful on saving Stover's leg. Mitchell suffered a shoulder injury and recovered from his wound. Although Stover had been alert and able to converse and seemed to be in good spirits, his condition began deteriorating a week later and he passed away during surgery at 2:55 p.m. on December 10, 1965.

Deputy Elton C. Stover was born on November 21, 1910 in Berrien Springs, Michigan, and resided in Stevensville. He had been a deputy for 6 ½ years and had worked at Berrien Springs Police Department and Comstock Police Department, as well as being a Constable of Lincoln Township. His body was laid to rest in Calvary Cemetery, Benton Harbor, Michigan. 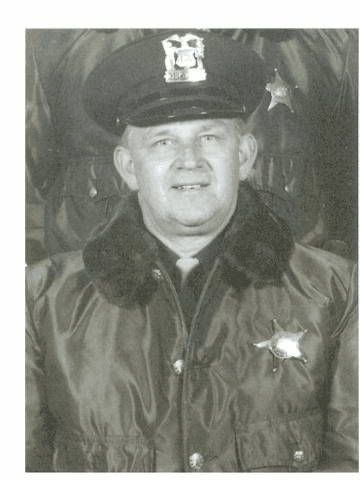