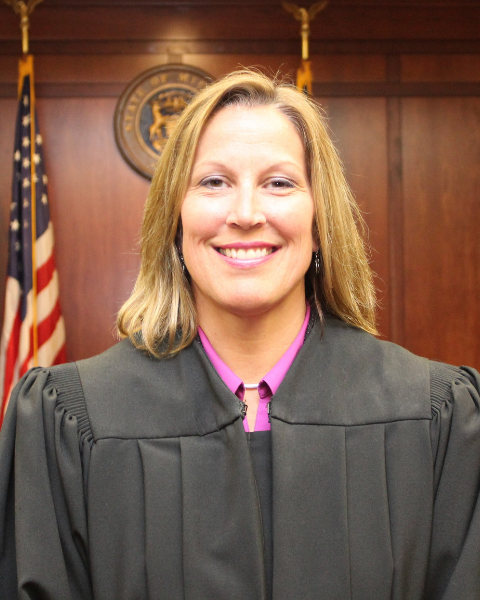 nyder in September 2018 and currently serves in the family division.

While attending law school, Judge Smith interned with the Wayne County Prosecutor’s Office and was employed as a civil law clerk with the Detroit law firm of Chambers Steiner, P.C. Following graduation from law school, she began a 21 year career with the Berrien County Prosecutor’s Office, serving in the trial division. She was an assistant prosecuting attorney from 1997 to 2007, Chief Trial Attorney from 2007 to 2013, and Chief Assistant Prosecuting Attorney from 2013 to 2018. Throughout her career, she provided numerous trainings to law enforcement.

Judge Smith previously served on the Board of Directors for Safe Shelter, Inc. and the Children’s Advocacy Center for Southwest Michigan, and as a member of the Southwest Michigan Human Trafficking Task Force. She also volunteered with the HOSTS reading program and Junior Achievement for several years. She currently serves on the Board of Directors for the Lakeshore Youth Baseball and Softball Association and has served in many volunteer youth coaching positions over the years. She is a member of the Michigan Judge’s Association, the State Bar of Michigan, and the Berrien County Bar Association.

Judge Smith is married and resides with her husband, Mike, and their three children in Lincoln Township.